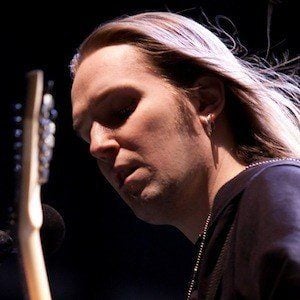 Lead guitarist and vocalist for the death metal band Children of Bodom. He also played with Impaled Nazarene and Warmen. He was ranked one of the The Greatest Metal Frontmen of All Time by Roadrunner Records.

His musical training started with the violin at age nine.

As a side project, he founded the melodic death metal bands Sinergy and Kylähullut.

Inspired by Ozzy Osbourne, he tattooed "COBHC," an acronym that stands for Children of Bodom Hate Crew on his hand.

Alexi Laiho Is A Member Of