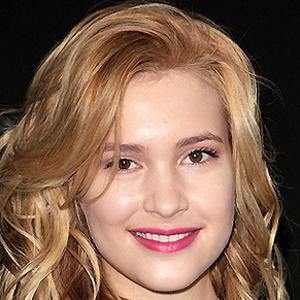 Emerging Canadian actress who had breakout film role as Sandy in the 2012 film Jack Reacher. In 2014, she played Cass Piper in Queen of the Night.

She had her first notable film role in the 2006 film Fido at age 11. She is a self-taught actress.

She had television roles on the The Secret Circle and MTV's Kaya. At age 14, she won a Leo Award for Best Lead Actor in the psychological thriller "Past Tense", despite being up against adult nominees.

She was raised in Vancouver, Canada with a brother and sister. Her mother is producer Cheryl-Lee Fast.

She had a supporting role in the 2010 crime-drama Repeaters with Dustin Milligan.

Alexia Fast Is A Member Of