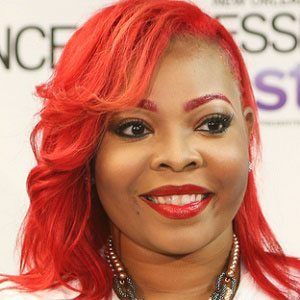 2012 first runner-up of BET's Sunday Best season five whose debut album titled L.O.L.: Living Out Loud peaked at #1 on the Billboard Top Gospel Albums Chart. The album garnered her nominations for New Artist of the Year and Contemporary Female Vocalist of the Year by the Stellar Music Awards.

She began singing in choir when she was three years old. At twelve, she began writing music as a way to deal with the traumatic event of losing the family home due to financial difficulties.

She attended the Buffalo Academy for Visual and Performing Arts. She auditioned for American Idol and The X Factor before appearing on Sunday Best. She released a second album called Dear Diary in August of 2015.

She is the oldest of five children born to Pastor Lee Allen, Jr. and Michelle Spight. Her father is a guitarist, singer and preacher with her uncle and grandfather also being preachers. She and her three sisters formed a singing group called The Spight Sisters when Alexis was just eight years old.

She studied singers she admired such as Kim Burrell and The Clark Sisters at the Buffalo Academy for Visual and Performing Arts.

Alexis Spight Is A Member Of