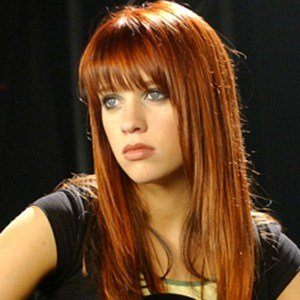 Young actress and singer who gained fame for appearing on Disney Channel's So Weird. She is best known for her role as Jude Harrison on Instant Star. She was featured in several episodes of the webseries Blue, which aired on YouTube. In 2016, she released a collaborative EP with William McAuley.

She performed at local community functions and in the youth choir when she was seven.

She has nine siblings, many of whom have become creative artists.

She starred in Final Destination 3 with Ryan Merriman.

Alexz Johnson Is A Member Of