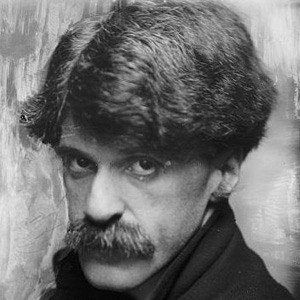 He was awarded the first-place prize by British magazine Amateur Photographer for "The Last Joke, Bellagio," which garnered him breakthrough notoriety.

He was born in New Jersey to German-Jewish parents and studied mechanical engineering in Berlin. His second marriage was to the acclaimed painter Georgia O'Keeffe.

His works were featured alongside Claude Monet's in a 1912 exhibition of modern art.

Alfred Stieglitz Is A Member Of