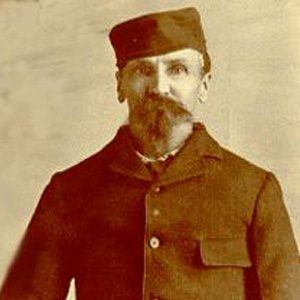 American prospector who shot a member of his expedition and was also accused of cannibalism in the winter of 1873.

He enlisted in the Union Army in 1862 and served briefly before being discharged as a result of his epilepsy. At the close of his military service, he decided to become a prospector.

He allegedly became a vegetarian in the years prior to his death.

He was born in Allegheny County, Pennsylvania.

His life was the subject of a folk song called The Ballad of Alferd Packer that was composed by singer-songwriter Phil Ochs in the early 1960s.

Alferd Packer Is A Member Of