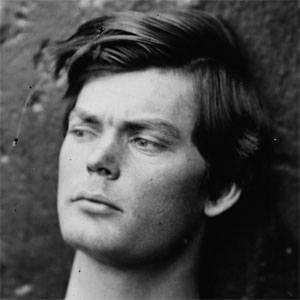 Confederate solider who was hanged for his role in the Abraham Lincoln assassination conspiracy.

He was nicknamed "Doc" as a child due to his nursing and caring for sick animals.

He was the youngest of eight children born to minister George Cader and his wife Patience Caroline.

He and John Wilkes Booth were co-conspirators in the killing of President Lincoln.

Lewis Powell Is A Member Of