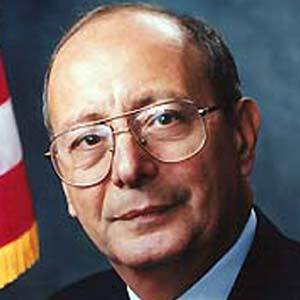 Republican politician who was a United States Senator of New York from 1981 to 1999. He advocated for the rights of Holocaust survivors to recover funds that had been stolen from them and their relatives by Nazis and his in Swiss banks. He has worked as a Fox news correspondent.

He earned a law degree from Syracuse Universit.

He is also known for his advocacy of poker players' rights in the Pokers Players Alliance (PPA).

He had four children with ex-wife Penelope, but got re-married in 2004 to Katuria Elizabeth Smith.

He supported John McCain in the 2008 presidential election.

Alfonse D'Amato Is A Member Of