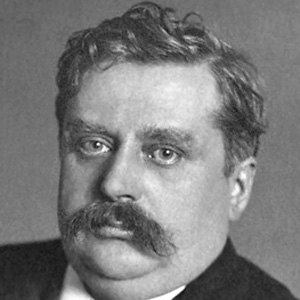 A Swiss chemist who developed the basis for modern coordination chemistry. He was awarded the 1913 Nobel Prize in Chemistry for his research into the octahedral configuration of transition metal complexes.

He became a Swiss citizen in 1895 after Alscace (where he was born) was annexed by Germany.

He was the first inorganic chemist to win the Nobel Prize for Chemistry.

He was raised as a Roman Catholic.

He won the Nobel Prize in Chemistry in 1913, two years after Madame Curie did.

Alfred Werner Is A Member Of