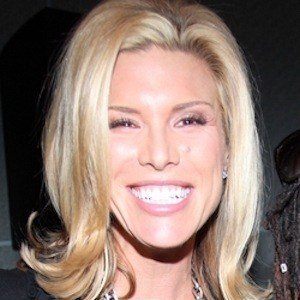 Entrepreneur known for founding Ali International, which helps aspiring entrepreneurs, particularly women. She's appeared on channels like Fox Business Network, ABC, and CBS. She is the founder and CEO of the company We Lead, which focuses on women empowerment.

She worked at a small ad agency in New York until 1998, when she left the job to pursue her own business.

Her company was featured on Inc. 500's 2009 list of fastest-growing private companies and she received the Enterprising Women of the Year award in 2010. In 2020, she launched her own show called The Trust.

She and her husband Brett have twins, Maddison and Jordan.

She appeared on an episode of Secret Millionaire, which has featured other entrepreneurs such as Gurbaksh Chahal.

Ali Brown Is A Member Of