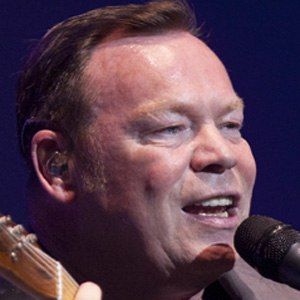 Singer-songwriter and original member of the band UB40, whose hit single was "Red, Red Wine."

His brother Robin was a bandmate of his.

He sold more than seventy million records across the world with UB40.

His father was a Scottish folk singer named Ian Campbell.

He is a judge on the competition show New Zealand's Got Talent with Rachel Hunter.

Ali Campbell Is A Member Of