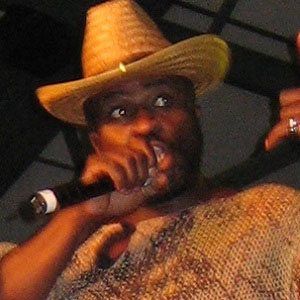 Born Ripton Hylton and known to his fans as Eek-A-Mouse, this reggae "singjay" (vocalist and DJ) is well known for his Eek-A-Nomics, U-Neek, and Black Cowboy albums (released during the late 1980s or early 1990s). His hit singles include "The Freak" and "You're The One I Need."

His first roots reggae recordings were produced by his college math teacher. He began performing as Eek-A-Mouse in the late 1970s.

Apart from his career as a musician, he acted in the early 1990s gangster film New Jack City.

He was born and raised in Kingston, Jamaica. Between 2012 and 2013, he was charged with several serious crimes.

He is a contemporary of Jamaican reggae musician and celebrity chef Levi Roots.

Eek-A-Mouse Is A Member Of