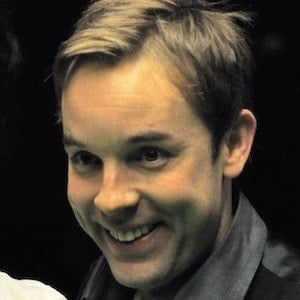 English snooker player known for his appearances in the World Championship finals in 2008 and 2012, finishing in second both times. He goes by the nickname The Captain.

He started playing professionally in 1996 and was a semi-finalist in the 1999 Grand Prix. That same year, he was named Young Player of the Year.

He completed a max break at the 2008 World Championships, becoming the 63rd player to do so in competition. He was the second ranked player in the world for two months in late 2010.

He had a son named Max in October of 2009. He's survived testicular cancer, which also later metastasized to his lung.

In both his 2008 and 2012 World Championship appearances, he lost to Ronnie O'Sullivan.

Ali Carter Is A Member Of