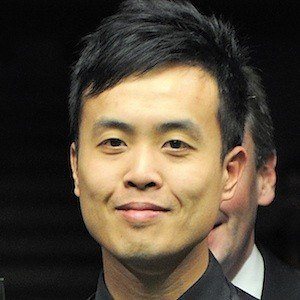 He played snooker as a teenager while growing up in Canada. After winning two amateur titles in 1997, he started his pro career in 1998.

He was named Newcomer of the Year and Young Player of the Year after reaching the Grand Prix final as a rookie. He has more than 400 career century breaks.

He has two daughters with his wife Shirley.

He lost to Ali Carter in the 2013 German Masters final.

Marco Fu Is A Member Of