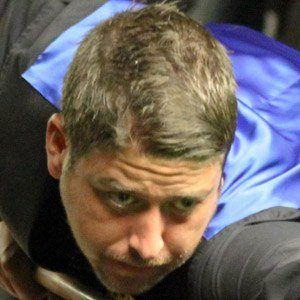 Snooker player from Wales who won the 2000 Benson and Hedges Masters and the 2003 UK Championship. He came in second at the World Snooker Championships in 2000 and 2005.

He began his professional career in 1994 and won the Benson & Hedges Championship in just his second season.

He is also an avid Texas Hold 'Em poker player and won a celebrity tournament with just eighteen months of poker experience under his belt.

He has sons named Ollie and Freddy with Claire Holloway.

He defeated Stephen Hendry in the World Open.

Matthew Stevens Is A Member Of