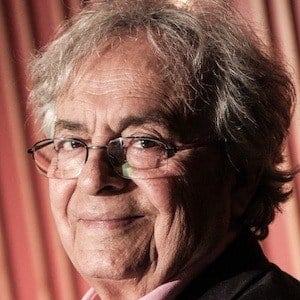 Syrian poet and author known by the pen name of Adonis (alternately, Adunis) and considered an important Arabic literary figure of the twentieth century. His poetry collections include If Only the Sea Could Sleep and The Pages of Day and Night.

He studied philosophy at Syrian University, an institution that he attended on a scholarship earned through his 1947 recitation of a poem to then-Syrian President Shukri al-Kuwatl.

He was imprisoned in 1955 for his allegiance to the Pan-Syrian Social Nationalist Party.

His father, a Shia Muslim, encouraged Said to read and recite poetry.

In a 2011 Kuwaiti newspaper interview, Said expressed his view that Syrian President Bashar Al Assad should resign from office.

Ali Ahmad Said Is A Member Of