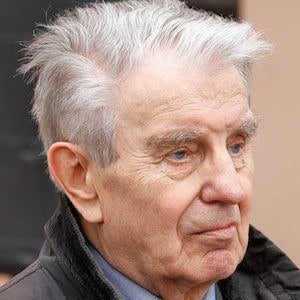 Poet, playwright, and novelist whose work embraced humanism and romanticism at a time when socialist realism was the norm. His literary works include Unity of a Flowing River (novel) and The Burning Bush (poems).

He studied history and philology at Vilnius University and received a degree in Lithuanian Language and Literature.

His poetry represents a romanticized version of a childhood spent in the Lithuanian countryside.

He was raised in the Prienai district of Lithuania.

He and Tomas Venclova were fellow Lithuanian poets.

Justinas Marcinkevicius Is A Member Of