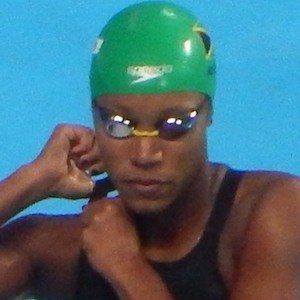 Jamaican swimmer who competed in the 2004 and 2008 Summer Olympics.

She teamed up with coach Chris Anderson in 2001 to help kickstart her career.

She placed first in the 200 Breaststroke at the 2010 NCAA Championships, swimming for Texas A&M.

She is the daughter of Tweedsmuir and Sharon Atkinson.

She swam in the Olympics during the same years as Michael Phelps.

Alia Atkinson Is A Member Of