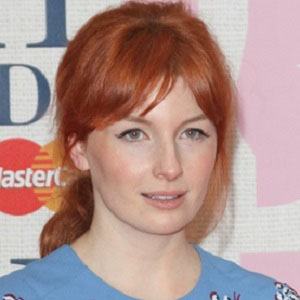 English television and radio presenter known for her hosting work on shows like Big Brother's Bit on the Side as well as backstage coverage at events like the BRIT Awards. She received the National Student Television Award for Best On-Screen Female in 2008.

She was born in Nottingham, England and got her big break hosting the internet show B-Box on the social media site Bebo.

She and several other celebrities recorded a cover of Avicii's "Wake Me Up" for the Children in Need Charity in 2014. The song hit #1 on the U.K. Singles Chart.

She began dating Eb Ibbotson from the band Life in Film in 2011.

She hosted a show on BBC Radio 1 with Phil Taggart in January 2013.

Alice Levine Is A Member Of