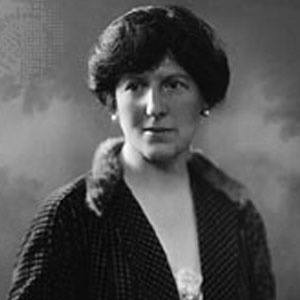 American poet, writer, and suffragist remembered for Forsaking All Others, The White Cliffs, and Are Women People? Her 1916 novel, Come Out of the Kitchen, was made into both a play and a film.

She was born into a prominent New York family; however, her family had lost its fortune by the time Miller began her studies at Barnard College, so she wrote and published to help pay her way to degrees in astronomy and mathematics.

Her great great grandfather, William Duer, signed the U.S. Articles of Confederation in 1778.

She married Henry Wise Miller in 1899 and lived with him and their young son in Costa Rica for a time before returning to New York in 1903.

Alice Duer Miller Is A Member Of