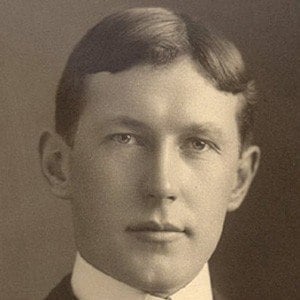 Canadian poet, doctor, soldier, and artist whose best-known work is a war poem entitled "In Flanders Fields." He also taught medicine at the University of Vermont and McGill University and co-wrote a medical textbook.

He studied at the University of Toronto and published his first poems during his collegiate period.

He died of pneumonia while working in a World War I hospital.

He was the son of Janet Eckford and Lieutenant Colonel David McCrae; his brother, Thomas, was also a physician.

His famous poem, "In Flanders Fields," was set to music in 1918 by composer John Philip Sousa.

John McCrae Is A Member Of