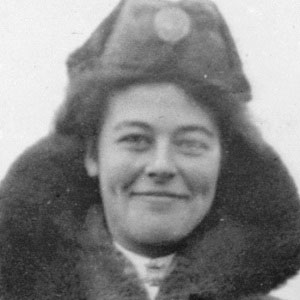 New Jersey woman who, in 1909, became the first woman to successfully drive from one U.S. coast to the other, starting in Hell's Gate, New York and ending in San Francisco, California. She was named the Woman Motorist of the Century by AAA for her accomplishment and became the first woman inducted into the Automotive Hall of Fame.

She was born in New Barbadoes Township, New Jersey attended Vassar College from 1903 to 1905.

Far from satisfied with her first cross-country adventure, she drove across the U.S. more than 30 times from 1909 to 1975.

She married congressman John R. Ramsey in January 1906. She had children with him named John and Alice.

She and drag racer Shirley Muldowney are both female members of the Automotive Hall of Fame.

Alice Huyler Ramsey Is A Member Of