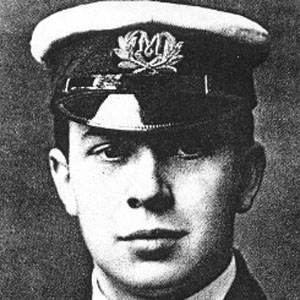 This victim of the 1912 RMS Titanic disaster was working as the now-infamous ship's telegraphist at the time of his death. After the Titanic hit an iceberg in the North Atlantic Ocean, he attempted to wire messages to numerous other vessels to secure assistance for the crew and passengers of the sinking ship.

Before setting sail on the Titanic, he worked as the wireless operator for a number of other ships, including the Campania, the Teutonic, and the Victorian.

He has been criticized for ignoring a warning from the nearby ship the Californian that both vessels were surrounded by ice.

He and his two older sisters grew up in Surrey, England as the children of Anne Sanders and George Phillips.

Shortly before midnight on April 14, 1912, Captain Edward Smith ordered Phillips to issue a distress signal, as the Titanic had just struck an iceberg.

Jack Phillips Is A Member Of