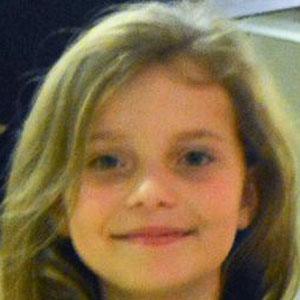 Child singer who was chosen to represent her native Russia at the 2014 Junior Eurovision Song Contest in Malta. Earlier that year, she was named the winner of the televised singing contest Golos Deti.

She was born in a village in Leningrad Oblast, Russia.

She participated in a number of singing contests before Golos Deti, including Constellation of Youth and Rose of the Winds.

She and Malta's Federica Falzon both performed at the 2014 Junior Eurovision Song Contest.

Alisa Kozhikina Is A Member Of