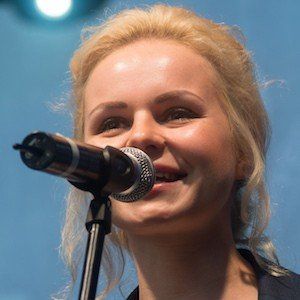 Vocalist who fronted the popular Russian rock band Leningrad from 2012 to 2016. She later went solo and made headlines with the politically-charged single "Baby Boy" in 2017.

She started studying ballet at the Lensovet Palace of Culture at age four. She later attended the St. Petersburg State Academy of Theater Arts and the Russian Academy of Theatre Arts.

She voiced Piratka in the animated film Sinbad: Pirates of the Seven Storms (2016).

Her real name is Kondratyeva. She was previously married to Dmitry Burmistrov.

She has covered the Adele song "Skyfall."

Alisa Vox Is A Member Of