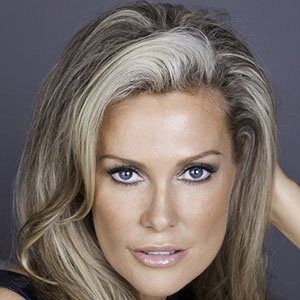 She played Jenny Flex in the 1985 Bond film, A View to a Kill, and played Elsa Schneider in Indiana Jones and the Last Crusade. In addition to movie work, she guest-starred on the TV medical drama The Clinic and appeared in commercials as the face of L'Oreal.

She started out as a model, which is how she caught attention of the casting director for A View to a Kill.

Her mother was a beautician, and her father ran his own small business. She was married to Gavin O'Reilly from 1994 until 2006. They had two children, Alanna and Lauren. She was engaged to Tadhg Geary from 2014 to 2015.

She took over for Cybil Shepherd as the spokeswoman for L'Oreal.

Alison Doody Is A Member Of