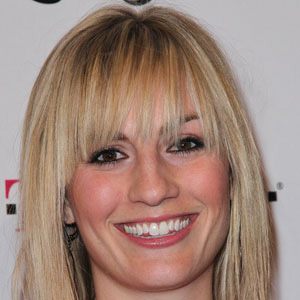 Television personality known for her work on such programs as Attack of the Show! and The Voice. She also co-hosted season one of American Ninja Warrior.

She grew up in Tewksbury Township, New Jersey, with a brother named Greg. She later moved to Los Angeles, California.

She was replaced on The Voice by Christina Milian.

Alison Haislip Is A Member Of