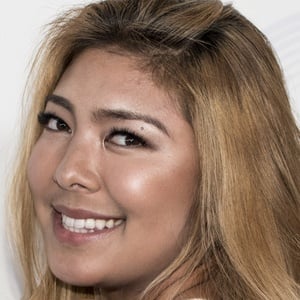 Professional golfer who became know after her success on her first LPGA tour in 2015. She qualified for her first U.S. Solheim Cup Team in 2015 and finished third at the Kingsmill Championship. She was named one of the Most Beautiful Women in Golf 2016.

She played golf for UCLA and was one of the top ranked college players in the country.

She won Pac-12 Player and Freshman of the Year, as well as the ANNIKA Award as a top college female golfer for the 2013-2014 season.

She is of Korean descent but was born in California. She started playing golf at the age of 6.

She and Seema Sadekar are both female professional golfers.

Alison Lee Is A Member Of