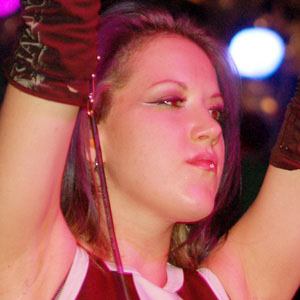 Vocalist for the Swedish melodic deathcore band Arch Enemy. She was previously a member of the band The Agonist from 2004 until 2014.

Her and The Agonist's first album, Once Only Imagined, dropped on August 14, 2007.

She was dubbed one of "the hottest chicks in metal" for Revolver magazine's July 2007 issue and one of the 25 Top Women in Metal by Metalholic magazine.

She was raised vegetarian and later became a vegan. She has an older sister named Jasamine. She and Doyle Wolfgang von Frankenstein started dating in early 2014.

She was named one of the Sexiest Vegetarian Women in the world by the peta2 blog, along with Natalie Portman, Anne Hathaway, and Olivia Wilde.

Alissa White-Gluz Is A Member Of