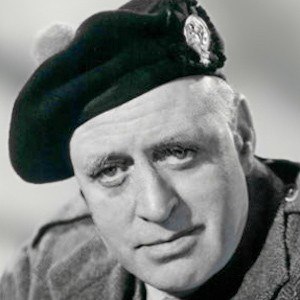 Character actor who played the title character in the 1951 film Scrooge, and Mr. Justice Swallow in the comedy series Misleading Cases.

He began his career on the stage, and portrayed Captain Hook in six different stage productions of Peter Pan between 1941 and 1968.

He was made Commander of the British Empire in 1953, but later refused knighthood.

He married Naomi Plaskitt in 1932, and they had one child.

He appeared with Peter O'Toole in 1972's The Ruling Class.

Alastair Sim Is A Member Of