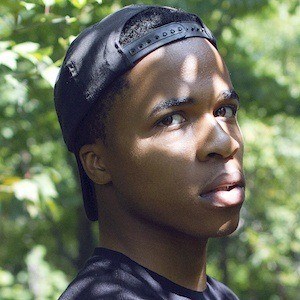 Born Allan Kyariga, he wrote and recorded Christian rap at the age of nine. He attended Creative Arts High School and Minneapolis Institute of Production and Recording.

His previous stage names include Peanut Butter Prince and The Northern Gentleman. He has also performed with the music group thestand4rd out of Minnesota.

His father is South African and his mother is Tanzanian.

He worked with Theophilus London and Paul McCartney on Kanye West's single "All Day."

Allan Kingdom Is A Member Of