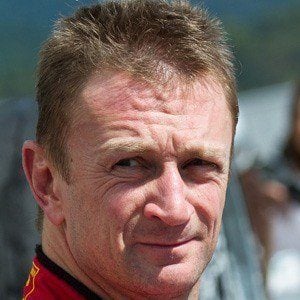 He played soccer as a teen, before exploring kart racing.

He became a commentator for Formula One on BBC Radio 5.

He had two children with his wife Kelly.

He and David Couthard were both recipients of the McLaren/Autosport BRDC Young Driver of the Year award.

Allan McNish Is A Member Of