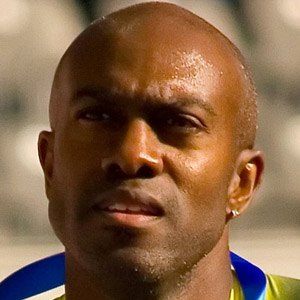 Retired hurdler who won a gold medal in the 110M hurdles at the 1996 Summer Olympics in Atlanta.

He attended the University of North Carolina, where he was a hurdling star, as well as a star high jumper, long jumper, and decathlete.

During his career he dated fellow track and field star Torri Edwards.

At the 1996 Olympics he was part of a U.S. track and field team that included Michael Johnson.

Allen Johnson Is A Member Of