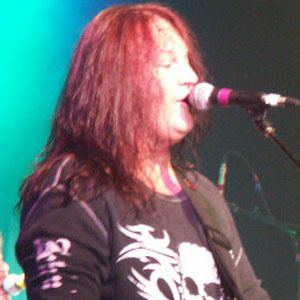 Bass guitarist for the hard rock group FireHouse. Prior to joining FireHouse in 2003, he played with such bands as Quest and Peacetree.

After graduating from Garfield High School in Akron, Ohio, he spent three years in the United States Army.

He performed in 2005 with a Canadian band called RocKarma.

Allen McKenzie Is A Member Of