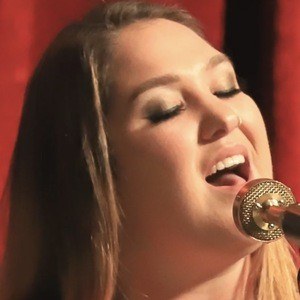 Singer who is well known for being the daughter of country music superstar Garth Brooks. She released her debut single "Work in Progress" in 2019.

She was told not to pursue a career in entertainment until she completed a college degree. She is a graduate of Belmont University.

She was a guest on the Children of the Song podcast. Her debut full-length album Stones was released in April 2021.

She was born to Garth Brooks and Sandy Mahl.

Both she and Miley Cyrus were born into famous country music families.

Allie Brooks Is A Member Of