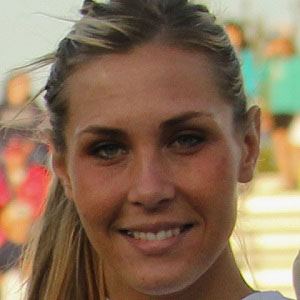 Forward and midfielder who played for the Washington Freedom in 2009-2010 and then joined Sky Blue FC in 2011.

Her parents are named Barbara and James. She married Jose Batista in 2016; the two later divorced. She later began dating Casey Cordial, and the couple announced that they were expecting twins together.

She and forward Eniola Aluko were teammates on Sky Blue FC.

Allie Long Is A Member Of