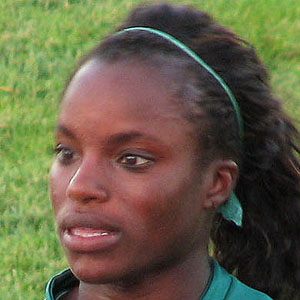 Forward who began playing internationally for England in 2004; she joined the Chelsea Ladies in 2012 after previously playing for the Birmingham City Ladies and Sky Blue FC.

She was born in Lagos, Nigeria, but moved to Birmingham, England, when she was a year old.

Her pro debut came in 2001 with the Birmingham City Ladies.

Her goalscoring ability led to her former manager Marcus Bignot deeming her the Wayne Rooney of women's soccer.

Eniola Aluko Is A Member Of