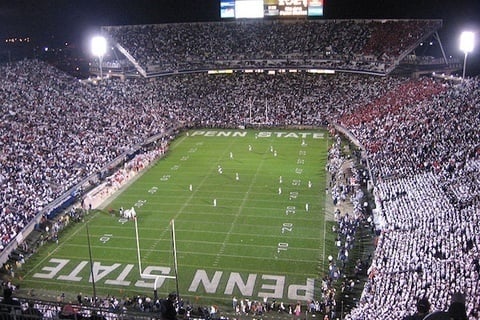 Based in State College, Pennsylvania but with campuses throughout Pennsylvania, the university annually hosts more than 45,000 grad and undergad students on average.

Every February, the school hosts a 46-hour dance marathon called Penn State IFC/Panhellenic Dance Marathon. It became the largest student-run philanthropy in the world in terms of attendees and money raised.