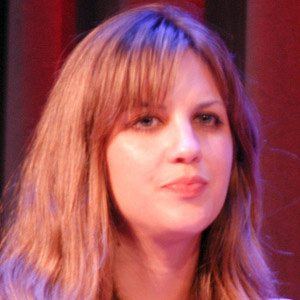 Guitarist for the rock band The Donnas who went on to form the band Elle Rae in 2006.

She and her school friends started The Donnas because everyone else seemed to have a band, and they wanted to follow suit.

She and The Donnas received a lot of exposure from MTV and media outlets for finding success in a male-dominated genre.

Her father wrote the song "Feel The Night" for The Karate Kid soundtrack.

The Donnas collaborated on an album with Stephen Pearcy of Ratt.

Allison Robertson Is A Member Of