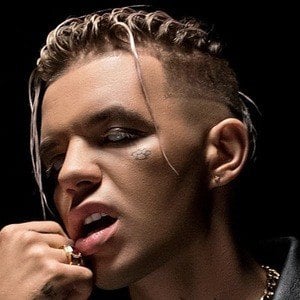 Russian rapper who is known for sharing his music on a variety of different streaming platforms including Spotify and Apple Music. He is most recognized for his hit single "Hey Guy's."

He has played and performed at a variety of different venues throughout Russia including the Luzhniki Stadium in May of 2017.

He was born and raised in Novosibirsk, Russia.

Other rappers from Russia include Kizaru, Anton Homie, and Basta.

Allj Is A Member Of