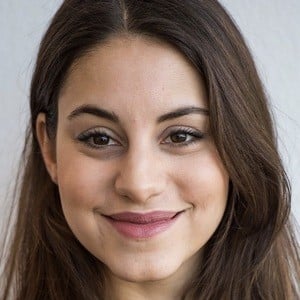 Turkish actress known for her work in both Turkish and German television shows and feature films. She is best recognized for having starred in the series' The Old Fox, 4 Blocks, and Tatort.

She was first discovered by a photographer in 2008 at a club in Berlin. Her first major role was in 2010 when she starred in When We Leave which premiered at the Berlin International Film Festival. She then began earning leading roles in television including in Der Kriminalist, Notruf Hafebkante, and Der Leher.

She has won several awards for her acting including the Dream Fest Cinema award for Best Performance in 2016 and the Best Young Actress award at the German Actors Awards in 2017.

Her parents were both correspondents for the Turkish Media. While she was born in Ankara, she was raised in Berlin.

She starred alongside Oliver Masucci in the 2017 TNT television series 4 Blocks.

Almila Bagriacik Is A Member Of