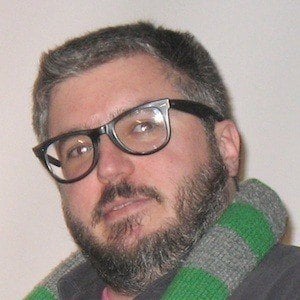 YouTube personality and film critic who is most famous for being pme of the main co-hosts of the movie review web show What the Flick?! He has served as the senior film critic for The Wrap as well as the co-host of the Linoleum Knife podcast.

He grew up in Georgia. He graduated from Woodward Academy and Vanderbilt University.

He is considered an authority on Christmas movies and wrote about them extensively in his book Have Yourself a Movie Little Christmas (2010).

He has six older siblings. He married fellow film critic Dave White, with whom he co-hosts Linoleum Knife.

He has appeared alongside William Bibbiani on What the Flick?!

Alonso Duralde Is A Member Of