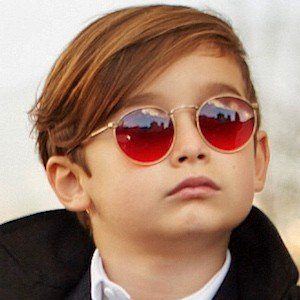 Stylish Instagram star who rose to fame as a child when his mother began posting photos of his fashion forward outfits to her Instagram account. At only five years old, he was marked for wearing designers like Gucci, Dior, and Stella McCartney.

He inherited his fashion sense from his mother, a contributor to Harper's Bazaar throughout Latin America.

Since his rise to fame, he has been featured in news outlets like Time and NY Magazine.

He was born and raised in Monterrey, Mexico before moving to Laguna Beach. Many of his photos first appear on his mother Luisa Fernanda Espinosa's Instagram.

In the fall of 2015, his mother posted a photo featuring him and Grace Coddington on her Instagram.

Alonso Mateo Is A Member Of