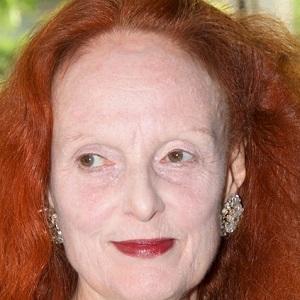 Model who pursued a second career as a fashion editor and creative director for both the British and American versions of Vogue magazine.

She was born in Wales, where she attended a convent school. Her modeling career was launched when she won a Vogue young model competition at the age of seventeen.

In her mid-twenties, she was involved in a car accident that left her disfigured. This incident led her to abandon her modeling career and instead pursue work as a fashion editor.

She was briefly married to restaurateur Michael Chow and photographer Willie Christie, and she had a long-term relationship with hairstylist Didier Malige. Following her sister's death, she raised her nephew.

She and Hamish Bowles both worked as editors for Vogue.

Grace Coddington Is A Member Of