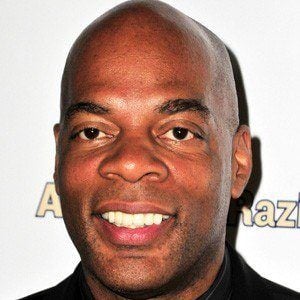 American comedian and actor who won the grand prize in the third season of the NBC reality television show Last Comic Standing. He acted as a talent judge during the 5th season of the standup reality competition.

He worked for Lockheed Martin before beginning his career as a comedian.

He hosted the programs 101 Cars You Must Drive, America's Worst Driver and Inside the Vault on WGN America.

He grew up with family in Queens, New York.

He appeared on the television show, The Late Late Show, with Craig Kilborn.

Alonzo Bodden Is A Member Of