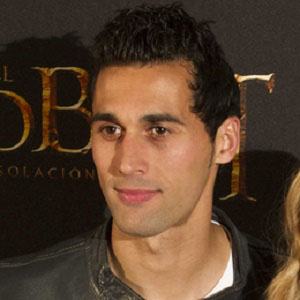 Fullback who began his second stint with Real Madrid in 2009 after spending two seasons with Liverpool. He became a member of the Spanish National team in 2008 and helped the team win a World Cup Championship in 2010.

He became part of Real Madrid's youth system when he was a teenager and debuted for their senior squad in 2004.

Apart from the 2010 World Cup Championship, he won the 2008 and 2012 UEFA European Championships as a member of the Spanish national team.

He married Carlota Ruiz in 2009. He and Carlota have three children named Alba, Raul, and Moñaca.

He joined Cristiano Ronaldo on Real Madrid in 2009.

Álvaro Arbeloa Coca Is A Member Of