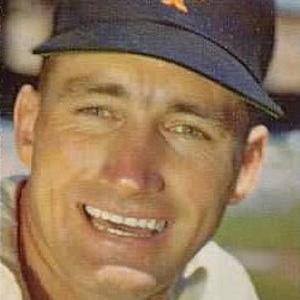 Three-time All-Star shortstop who played for 15 years before beginning his 13-year managerial career.

He was a highly-rated quarterback in college at LSU and Southwestern Louisiana Institute.

He won a pennant as a manager for two different teams, the San Francisco Giants and Oakland Athletics.

He married his high-school sweetheart Adrienne and together they had four children: Allison, Gene, Eve and Margaret. They divorced in 1969, and he married Jackie Dark in 1970.

Alvin Dark Is A Member Of