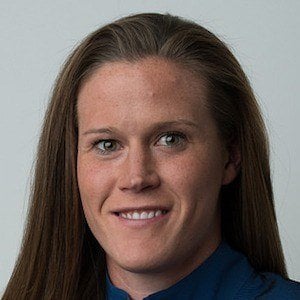 Goalkeeper who debuted professionally for the Boston Breakers in 2010, then re-joined the team in 2013 after two seasons with Turbine Potsdam. She became a member of the U.S. women's soccer team in 2014. She served as a backup during the team's 2015 World Cup Championship run and was the starter for the team's 2019 World Cup title.

She was a three-time All-State and three-time FAA All-Conference selection during her high school career at Christian Heritage High School in Trumbull, Connecticut.

She played college soccer at Penn State University from 2006 to 2009.

She was born in Bridgeport, Connecticut to John and Donna Lynn. She has a twin sister named Amanda and a younger sister named Abigail.

Alyssa Naeher Is A Member Of