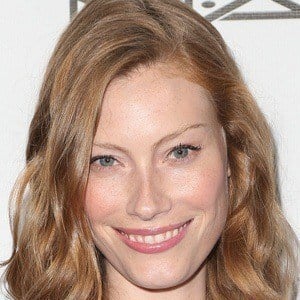 High fashion model known for her contracts with Bulgari, Garnier, Chanel and Hugo Boss, among others.

She has acted in several films, including 2006's hugely successful The Devil Wears Prada.

She married Laurence Shanet in 2012.

She was once photographed by prolific artist Herb Ritts.

Alyssa Sutherland Is A Member Of