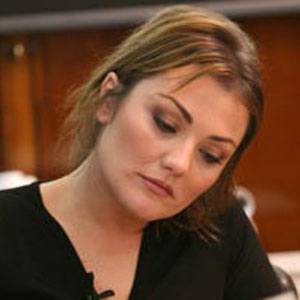 She met her bandmates at the University of the Basque Country, where she was studying chemistry.

Her parents were José Montero and Pilar Saldías, and she had one older sister.

She was invited into La Oreja de Van Gogh after the guitarist heard her cover a Sinead O'Connor song.

Amaia Montero Is A Member Of